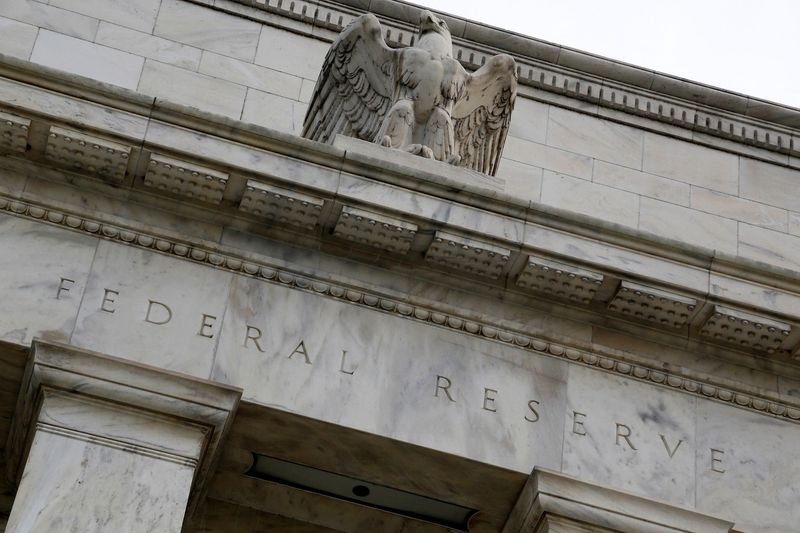 (Reuters) – The Federal Reserve’s plan to end the loose money policies used to fight the coronavirus pandemic is facing an unexpectedly early test as the Russian invasion of Ukraine poses new economic and financial risks already being felt in global markets.

Fed Chair Jerome Powell is scheduled to testify before Congress on Wednesday and Thursday, and his first comments on the economy in nearly five weeks will confront a situation that has become markedly more complex since January, when he outlined a straight-forward central bank effort to address high U.S. inflation.

The remedy – steadily rising interest rates, an eventual reduction in the Fed’s bond holdings, and “nimble” attention to new data – may remain largely intact. Inflation since Powell last spoke has accelerated, and the conflict in Europe could add even more pressure with the spot price of U.S. oil jumping above $103 a barrel on Tuesday – a 17% increase since the central bank’s last policy meeting in late January.

But Fed policymakers speaking Tuesday noted that the economic landscape had become far more uncertain in a short amount of time.

“Our hard job just got a whole lot harder,” Atlanta Fed President Raphael Bostic said at an online seminar. “Energy is changing a lot. The ability of people and goods to move through Europe – looks like that is going to change a lot. That has implications for supply chains and a whole host of things. There is a lot we have to figure out.”

Central banks globally are facing the same dilemma as they assess the degree to which the war in Ukraine will damage growth, raise prices, or both, and how that might affect local monetary policy.

The Fed’s global role and the dollar’s status as a safe haven investment make the situation even more tricky for U.S. policymakers.

Along with rising oil prices, interest rates on U.S. Treasury bonds have begun to fall – undermining what the Fed had seen as a positive trend towards higher market interest rates that would help counter inflation.

Since the start of the war in Ukraine, the yield on the two-year Treasury note, a benchmark for Fed policy, has hit as high as 1.62% but traded as low as 1.27% on Tuesday.

Russia’s increasing isolation, meanwhile, with its central bank assets frozen and other sanctions starting to bite, has driven global risk aversion higher and raised the cost of dollar funding in European credit markets.

The jump was smaller than seen at the start of the pandemic, when trading became difficult even in usually free-flowing markets like that for U.S. Treasury bonds and the Fed intervened with massive bond purchases.

Yet it is a reminder that sanctions against the Russian government will exact a potential cost in the form of slower global economic growth and increased financial stress.

Periods when rising energy prices sap consumer budgets at the same time the Fed is raising interest rates have preceded several recessions in the past, said Michael Kantrowitz, chief investment strategist at Piper Sandler, and it was now “in the hands of (Russian President Vladimir) Putin and Powell” whether that would happen this time.

“We already have a sharp rise in energy spending,” he noted, and if the Fed pursues a more aggressive pace of rate hikes, “we’re likely heading for recession in 2023.”

Tighter funding conditions for overseas banks and companies could also make it more difficult for the Fed to justify plans to cut its own holdings of bonds until global tensions ease.

“So far all of the repricing in risk and dollar funding markets has been orderly,” said Ed Al-Hussainy, senior analyst at Columbia Threadneedle. But the new uncertainty may test the effectiveness of Fed facilities established during the coronavirus crisis to keep financial markets running smoothly, he said.

“I think Powell sits down in front of Congress this week and says…we are 100% focused on reacting to inflation…We will support market liquidity if necessary…We will work hand in hand with Treasury to impose sanctions on Russia and make sure that the U.S. financial system has the capital and liquidity buffers to handle spillover risks,” he said.

Powell will testify Wednesday at 10 a.m. EST (1500 GMT) before the U.S. House of Representatives Financial Services Committee and at the same time on Thursday before the Senate Banking Committee, one of the Fed chief’s two congressional appearances coinciding with publication of a semiannual Fed review of monetary policy.

The report was released last week, shortly after Russian forces invaded Ukraine, and included one terse mention that “recent geopolitical tensions related to the Russia–Ukraine situation are a source of uncertainty in global financial and commodity markets.”The focus of the report was U.S. inflation, now running at triple the Fed’s 2% target and, according to the document, at risk of remaining higher than desired unless more people start filling the record number of open jobs, and supply chains work through a pandemic backlog.

Powell is likely to keep much of his focus at the hearings on inflation and the need for the Fed to begin raising interest rates.

The current setting for the Fed’s benchmark overnight interest rate, effectively at zero, is out of sync with the U.S. economy’s comparatively fast exit from the pandemic-induced recession of 2020. The gap between consumer inflation and the Fed’s policy interest rate is the widest on record as the central bank stokes an economy enjoying fast growth, rising wages, strong consumer spending, and record demand for workers.

But recent events may temper how fast the Fed tries to catch up.

Fed officials had been sparring in recent weeks over whether to kick off the next round of interest rate increases with a larger than usual half-percentage-point increase at the central bank’s March 15-16 policy meeting, a debate that showed the different strategies favored by different Fed officials https://graphics.reuters.com/USA-ECONOMY/FED/lgpdwawwzvo/index.html.

Traders in markets linked to the Fed’s policy interest rate, spurred by high inflation and earlier comments from St. Louis Fed President James Bullard, were convinced as of Feb. 10 that the larger rate hike was in the works.

Graphic – 50 basis points, there and back: https://graphics.reuters.com/USA-FED/HIKE/lbvgnzogrpq/chart.png

They now put the probability of such a hike at about 5%.

“We now know what we are dealing with: a protracted stand-off between Russia and the West. We also think it has reduced the risk of central banks slamming the brakes to contain inflation,” the BlackRock (NYSE:) Investment Institute said in an analysis. Interest rates “are headed higher. Yet central banks may face less political pressure to contain inflation as the conflict becomes an easy culprit for higher prices. We believe this will allow them to move more cautiously.”