Alpine announced earlier this month that Austrian water technology company BWT had joined as its new title sponsor for this year, having previously been a partner of Aston Martin, Racing Point and Force India.

The French team unveiled the livery for its new car, the A522, in a launch event on Monday before its on-track debut tomorrow. The design combines Alpine’s classic blue colour with the striking pink of BWT, which is on the front wing, the sidepods and rear wing of the car.

But the team will run an altered version of this livery for the opening two races of the season in Bahrain and Saudi Arabia, primarily making it a pink livery with Alpine’s blue colour featuring at the rear.

It is not dissimilar to the design used by Force India and Racing Point when the team had BWT as its title sponsor in 2018-20, when the team’s livery was entirely pink.

“My big dream is to do everything in pink,” said BWT boss Andreas Weissenbacher at the launch of the Alpine A522.

“In pink it will be more shiny. The team of Alpine made it possible and it will be astonishing and it is a touching moment for me. Thanks again. You touched my heart.

“It is much more than a colour. Pinks stands for a big mission to make every day the world a little bit better.” 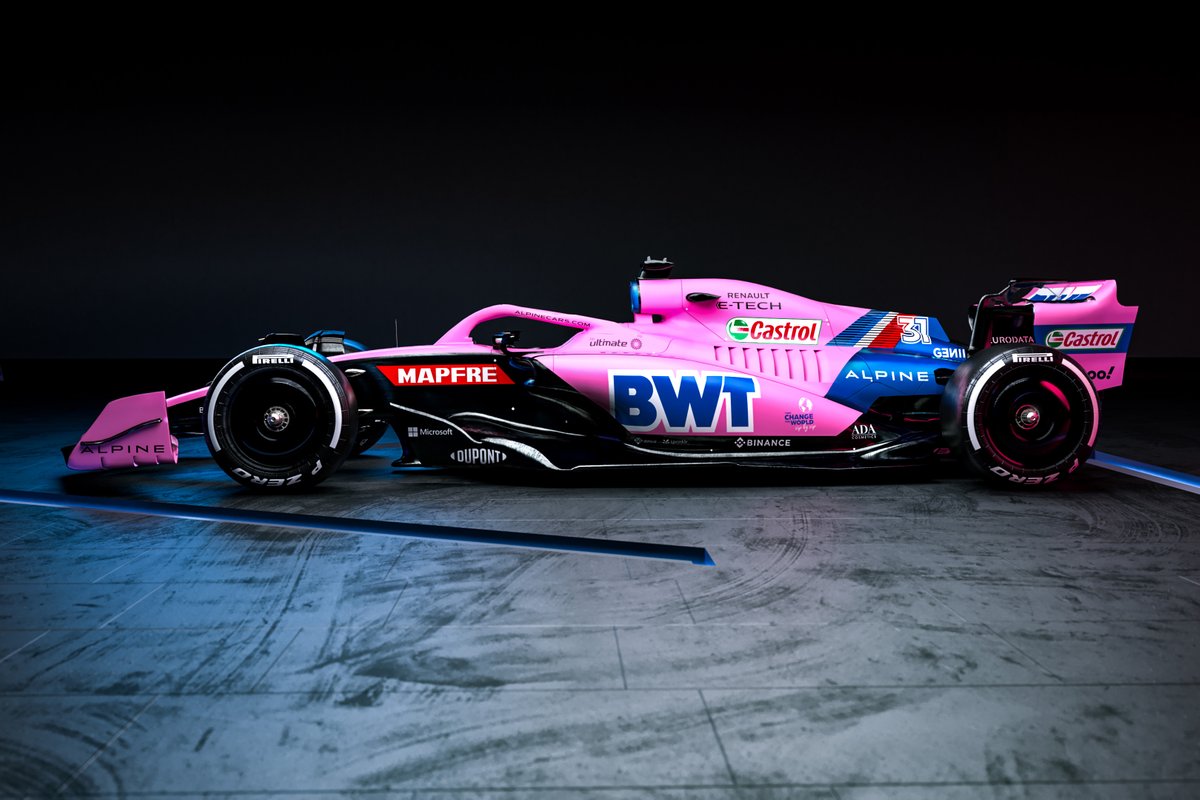 Alpine drivers Fernando Alonso and Esteban Ocon appeared at the launch wearing their new blue and pink race suits, making the colour a key part of the team’s new identity.

Ocon previously raced for Force India when BWT was the team’s title sponsor, while newly-appointed Alpine team principal Otmar Szafnauer was in charge of the Silverstone-based squad throughout its partnership with BWT.

The Alpine A522 will enjoy its first on-track running in a filming day at the Circuit de Barcelona-Catalunya tomorrow before the start of pre-season testing on Wednesday.