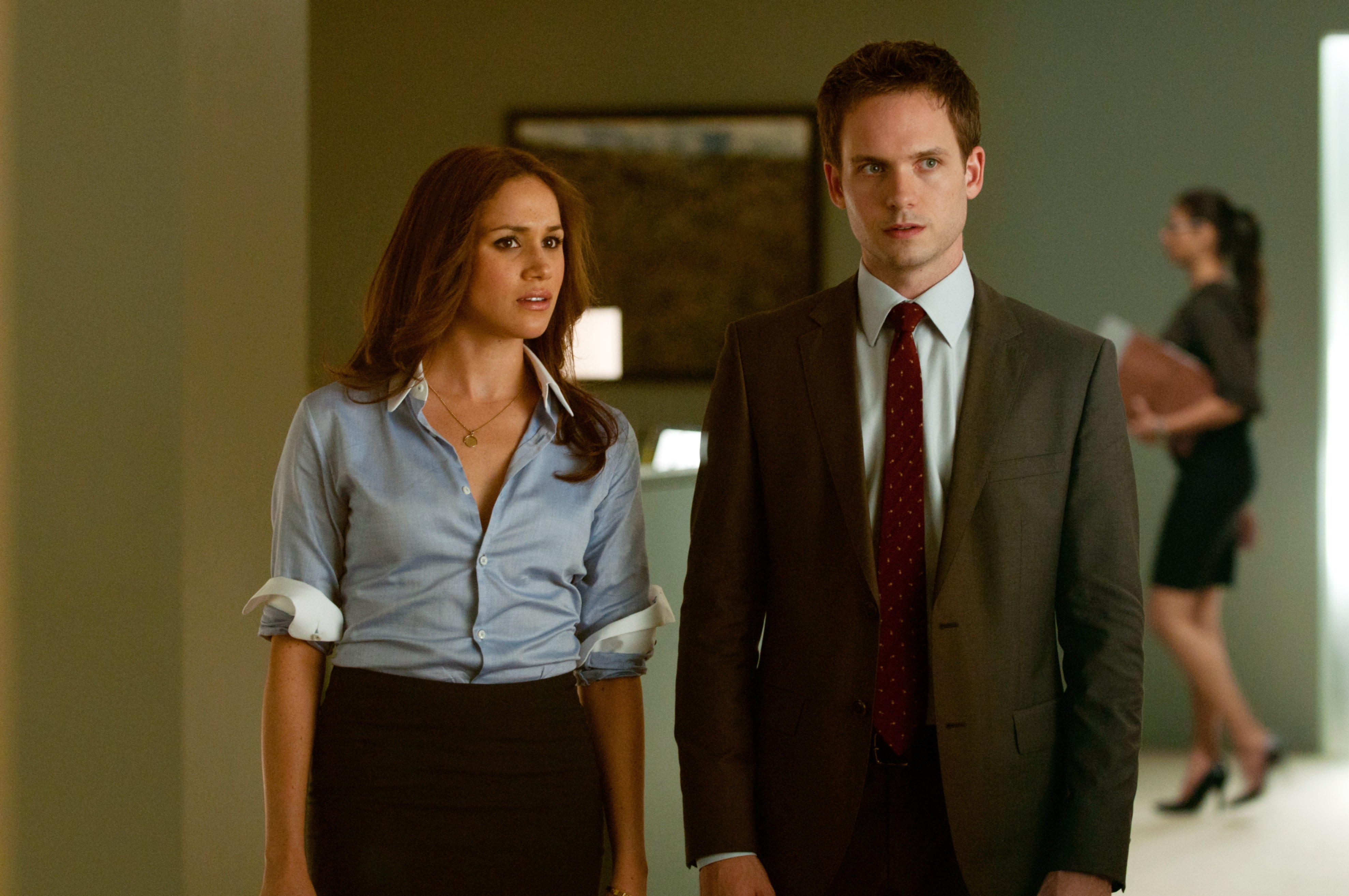 Patrick J. Adams is tired of haters coming for Meghan Markle in his mentions.

On January 12, the Suits actor, who starred alongside the Duchess of Sussex on the popular legal drama, took to Twitter to denounce fans who try to drag him into discourse about the royal family.

“Hello to the people and many bots debating all things Markle and including me in the conversation,” Adams began his tweet. “I just want you to know a couple things. 1. I don’t read any of it. 2. Life is short. 3. There has to got to be better things for you to be doing. Even you, bots. #botbetter.”

This is not the first time Patrick J. Adams has come to Meghan Markle’s defense, though the last time he was speaking out against the royal family directly. After it was announced that Markle and Prince Harry would be sitting down with Oprah Winfrey, Adams spoke out about what he believed to be a targeted campaign against her by the press and the monarchy.

“Meghan Markle and I spent the better part of a decade working together on Suits,” he wrote in March 2021. “From day one she was an enthusiastic, kind, cooperative, giving, joyful, and supportive member of our television family. She remained that person and colleague as fame, prestige and power accrued.” The actor then described Markle as “a powerful woman with a deep sense of morality,” adding that he’s watched her navigate her life since marrying Prince Harry “in astonishment.”

“She fell in love, moved to a new country, became a household name across the entire globe, and began the difficult work of trying to find her place in a family dynamic that can at best be described as complicated and at worst, seemingly archaic, and toxic,” he continued. “It sickened me to read the endless racist, slanderous, clickbaiting vitriol spewed in her direction from all manner of media across the UK and the world, but I also knew that Meghan was stronger than people realized or understood and they would regret underestimating her.”

As for his thoughts on the royal family’s conveniently timed investigation into Markle’s behavior toward staff, he wrote: “It’s OBSCENE that the Royal Family, [whose] newest member is currently GROWING INSIDE OF HER, is promoting and amplifying accusations of ‘bullying’ against a woman who herself was basically forced to [flee] the UK in order protect her family and her own mental health.”

He continued, “IMO, this newest chapter and it’s timing is just another stunning example of the shamelessness of a [sic] institution that has outlived its relevance, is way overdrawn on credibility and apparently bankrupt of decency.”

Long story short: We all could use a friend like Adams.