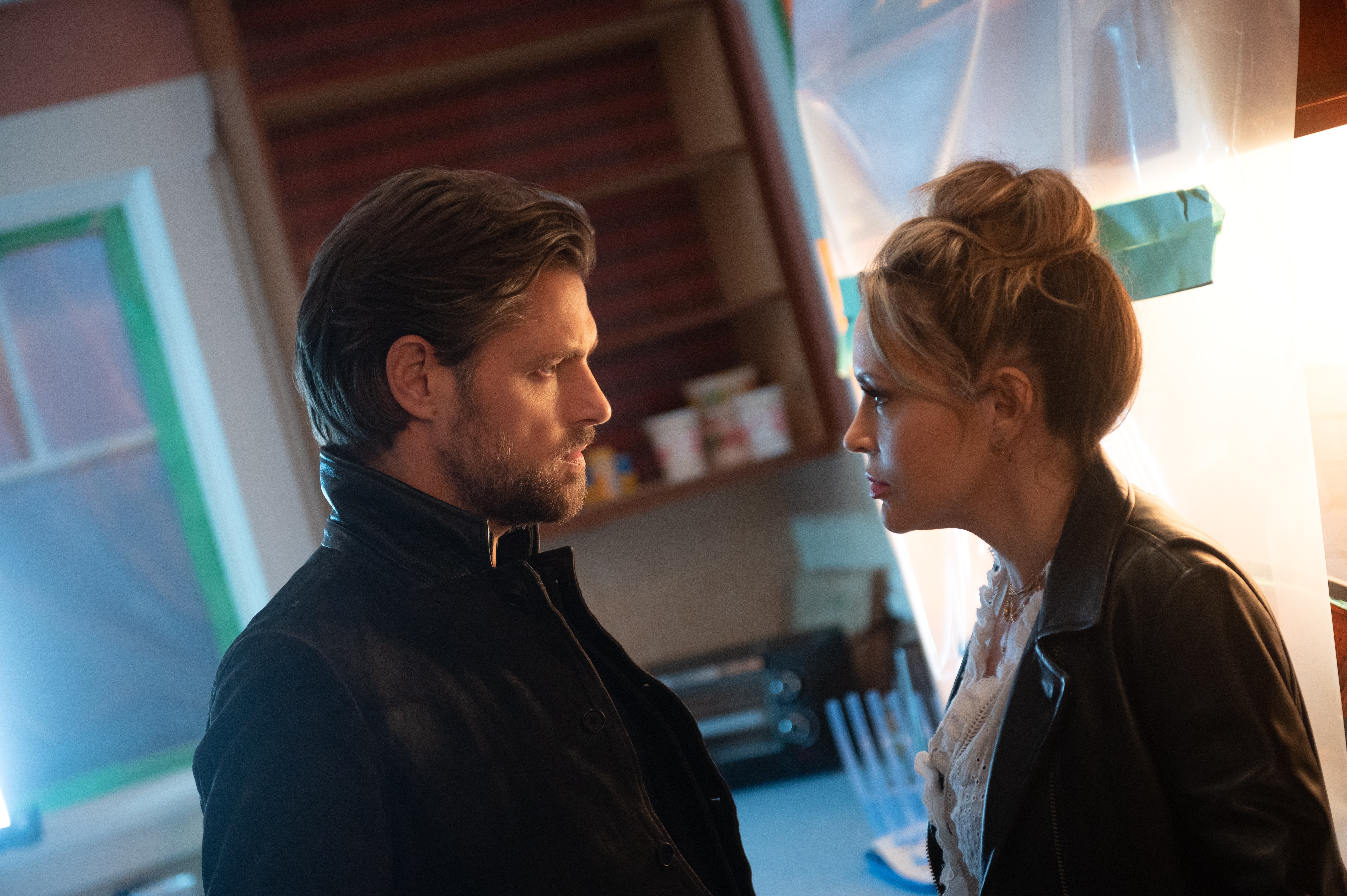 Brazen on Netflix has arrived in the throes of this freezing January to give you the twisty-turny murder mystery escape you need.

The movie, starring Alyssa Milano and The Bold Type‘s Sam Page, is one part Fifty Shades of Grey, two parts Law & Order: SVU, and all parts bonkers. So, in other words, you’ll love it.

Clocking in at just over 90 minutes, Brazen centers on Grace (Milano), a best-selling author who specializes in soapy crime novels. In the middle of her book tour, Grace gets a call from her sister, Kathleen (Emilie Ullerup), a high school teacher who’s in a major crisis. Her estranged ex-husband is seeking full custody of their young son, and with his connections and money, he’ll probably get it. Just to make ends meet, Kathleen has started web-camming as a dominatrix, a secret she hasn’t told anyone, not even Grace. But her double life is revealed when one of her subscribers/fans breaks into her house and kills her while she’s filming. Grace, who’s come to Kathleen’s house to support her through this custody drama, was out with a cute cop named Ed (Page) when this happened.

But when Grace discovers her sister’s dead body, she puts on her crime novelist hat and gets to work solving the murder—with the help of Ed, of course. Obviously, there’s lots of making out in between talking to suspects and rummaging for clues.

Is Brazen on Netflix a good movie? Well, it depends on your definition of good. Will it win any Oscars? Probably not. But I was thoroughly entertained from start to finish. The movie has all the heightened stakes and head-scratching dialogue you’ve come to expect and appreciate from a streaming-service thriller. At one point in the movie, Grace straight up punches Kathleen’s ex-husband in the face! Shortly after, two of Kathleen’s students get in a fight at school, and one guy keeps shouting, “My Kathleen! My Kathleen!” Totally normal behavior!

A minute didn’t go by during Brazen when I wasn’t either wide-eyed or screaming. And that, in my opinion, makes it a success. It’s the perfect movie to down in your sweatpants with a glass of red wine—which I’ll be doing this weekend, gleefully. Yes, I plan on watching Brazen a second time. Is that…brazen of me?

Brazen is now streaming on Netflix.