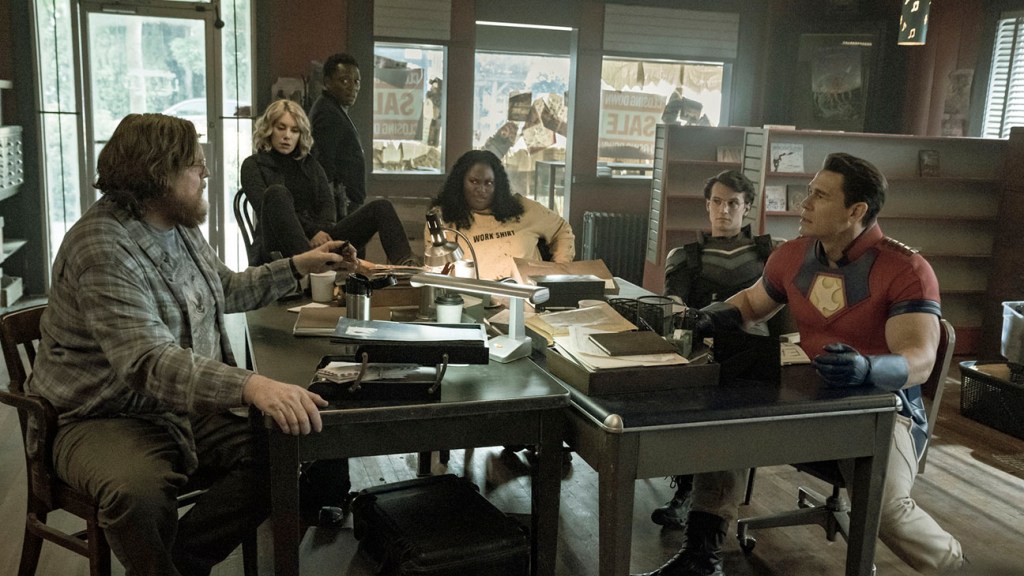 The DC Universe grows a little bit more with the debut of Peacemaker this week, while Showtime’s much-discussed Yellowjackets ends its first season. The NFL also begins its postseason with a three-day binge of wild card games.

Below is The Hollywood Reporter‘s rundown of premieres, returns and specials over the next seven days. It would be next to impossible to watch everything, but let THR point the way to worthy options for the coming week. All times are ET/PT unless noted.

The character of Peacemaker (John Cena) ended The Suicide Squad as more or less a villain. The series Peacemaker is something of a redemption project for the character, who’s assigned to a mysterious new project and tries to shake off a lifetime of emotional abuse at the hands of his father (Robert Patrick).

Like The Suicide Squad, the series is helmed by James Gunn, who mixes violent comedy and pathos to good effect. But, writes THR critic Angie Han, “it struggles to stand out in a sea of other superhero content doing much the same thing — often at the hands of Gunn himself.” The result is a show “that’s easy not to mind watching instead of one that’s hard to quit watching.” It premieres Thursday on HBO Max.

Cheer returns for a second season Wednesday on Netflix — which will deal in part with fallout from season one. My Mom, Your Dad (Thursday, HBO Max), hosted by Yvonne Orji, is a dating show for single parents. Isla Fisher and Josh Gad star in Wolf Like Me (Thursday, Peacock). The series finale of The Expanse debuts Friday on Prime Video. Friday also brings the third and final season of Ricky Gervais’ After Life and supernatural thriller Archive 81. Hilary Duff stars in How I Met Your Father (Tuesday, Hulu), a long-in-development spin on How I Met Your Mother.

Finale: Showtime’s Yellowjackets has built into a phenomenon over its nine episodes so far, with a mix of mystery (did anyone else survive the crash? Who killed adult Travis?), thriller and horror elements and superb performances from actors in both its past and present timelines. Sunday’s (10 p.m.) season finale will likely supply some answers — but Showtime has already renewed the series for another season, so the end is far from near.

Sports: The NFL lengthened its regular season by one game this year, and now it’s stretching out the opening weekend of the playoffs. With two more teams from each conference in the field, the league and its TV partners will have wild card games on Saturday, Sunday and Monday. The schedule is as follows (all times ET/PT):

Also: Fox’s comedies Call Me Kat and Pivoting (9 and 9:30 p.m. Thursday) move into their regular homes after a post-NFL premiere last week. The CW debuts a new season of Two Sentence Horror Stories at 9 p.m. Sunday.

Sign up for THR news straight to your inbox every day