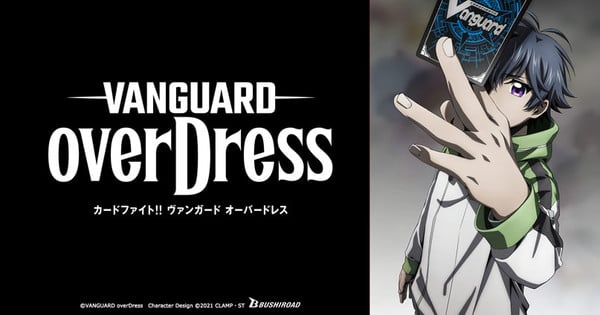 The official Twitter account of the Cardfight!! Vanguard overDress franchise announced on Saturday that the anime’s second season will get an English dub that will premiere on the franchise‘s YouTube channel on January 15 at 10:30 a.m. EST. New episodes of the dub will premiere every week.

The English dub cast will return from the first season. Emma Fowler Houghton will join the cast as Mirei Minae. The first season’s cast includes:

The first season premiered in Japan on April 3, and it also debuted on the official Cardfight!! Vanguard YouTube channel with English subtitles on April 3. Funimation, Sentai Filmworks (via HIDIVE), Crunchyroll, and YouTube streamed the anime as it aired in Japan. The English dub of the first season debuted on the franchise‘s YouTube channel on July 8.

Bushiroad announced during the “Bushiroad TCG Strategy Presentation 2021″ livestream event on September 14 that the Cardfight!! Vanguard overDress television anime series will get a third and fourth season.