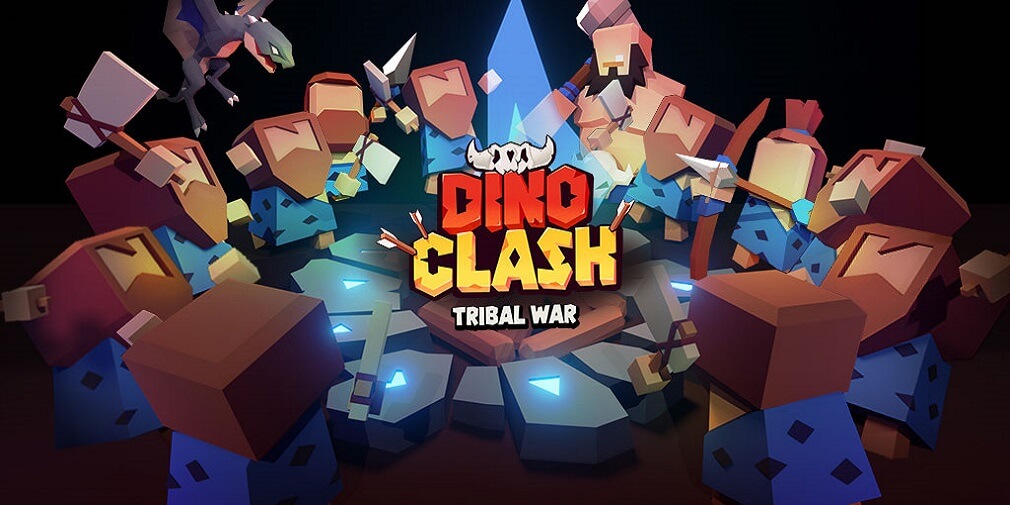 Dino Clash: Tribal War is a new Jurassic merge RPG that allows you to build a legion of primitive warriors and dinosaurs. It is a large-scale strategic war game that requires you to use the art of war and become the strongest in primitive times. It has been developed by NEOWIZ, wwho have previously released Golf Impact – World Tour, Forest Island : Relaxing Game, TAPSONIC TOP – Music Grand Prix, and Blackjack 21 online card games.

In Dino Clash: Tribal War you will need to create a squad that consists of dinosaurs and primitive heroes. The gameplay will require you to merge your heroes in order to become stronger. You can use your finger to drag and merge. Attack formations and placement will also be essential to winning.

It offers you a total of 14 dinosaurs from the Jurassic period, like the T-rex, pteranodon, and many more. Twenty-five special primitive warriors will be available as well, such as a giant warrior, a red magician, a restoration shaman, and others. All of them can be upgraded and will have powerful abilities. All of the dinosaurs will also have special skills.

You can explore over 500 stages as you continue your adventure. Various rewards can be unlocked, and your very own formation can be constructed to defeat the enemy. A 1v1 PvP Arena mode is also available.

Dino Clash: Tribal War is now taking Android pre-registration via Google Play. It is a free-to-play game with optional in-app purchases. The game developers have not given any news regarding a potential iOS version. But we will let you know if any news arrives.

An exact launch date has not been announced yet, but previously it was announced that it would release in early 2022.

Also, check out our list of the Best upcoming mobile games in 2022.