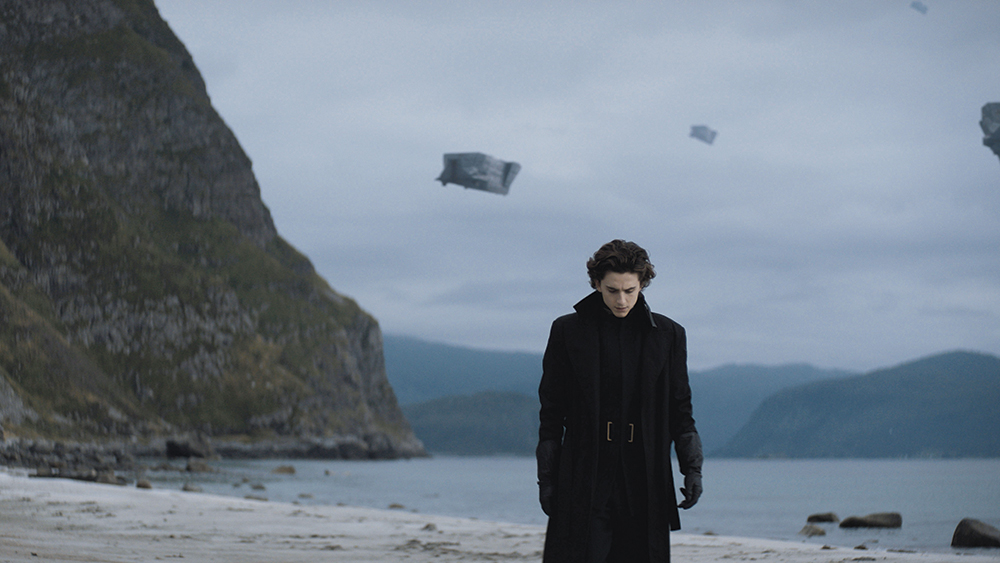 Sound is one of the most important and misunderstood elements in filmmaking, and sound for sci-fi films adds another degree of difficulty.

“Science fiction is always complex,” says Mangini. “Theo and I called it ‘universe building.’ It’s a blank slate because nothing — people, machines, technology — exists, so all of it has to be invented. In the ‘Dune’ universe, we have ornithopters, dream sequences, the Voice, this palette of unknown things that make sound, which we had to invent from scratch.

“Denis’s mandate was to ground it in an organic reality. He didn’t want it to feel science-fiction-y. He wanted you to watch film and feel those sounds existed in acoustic reality. Theo and I had a philosophy: FDR, or Fake Documentary Realism.”

The duo and their team gathered 3,200 individual sounds and were working with 750 channels of audio.

Villeneuve told them to “compose with sound.” He wanted to blur the distinction between score and sound design. Green says, “Mark and I, and the key sound collaborators, are all musicians as well and we see sound as an extension of that. Where is the dividing line? Why can’t Hans [Zimmer, the composer] have a finger in the sound design, and we have a finger in the music — to break down traditional barriers.”

Another challenge was to differentiate sounds on various planets. Mangini says, “The planet Caladan has animal life and water, so we used sounds of nature and water dripping, for example. That’s in contrast with Arrakis, where there is no liquid or water sound. As we developed the voice of the worm, we started with some lion-tiger-whale growls, but Denis said there is no moisture on this planet and the esophagus of that worm is the driest place on the planet; he kept imploring us to make the driest sound possible.”

The trickiest element for the team was perfecting the Voice, a tool used by Bene Gesserit, a spiritual-political group of women who can use their voices to get others to do their bidding. It had to sound other-worldly, and not like something coming out of a control booth. “We spent a full year and a half refining it,” says Mangini.

Mangini and Green each stressed the idea that sound is the result of teamwork. Among the many top pros working with them were sound designer Dave Whitehead and re-recording mixers Doug Hemphill and Ron Bartlett. The result is Oscar-worthy work. Seriously, what other film this year provided sound for a worm’s esophagus?