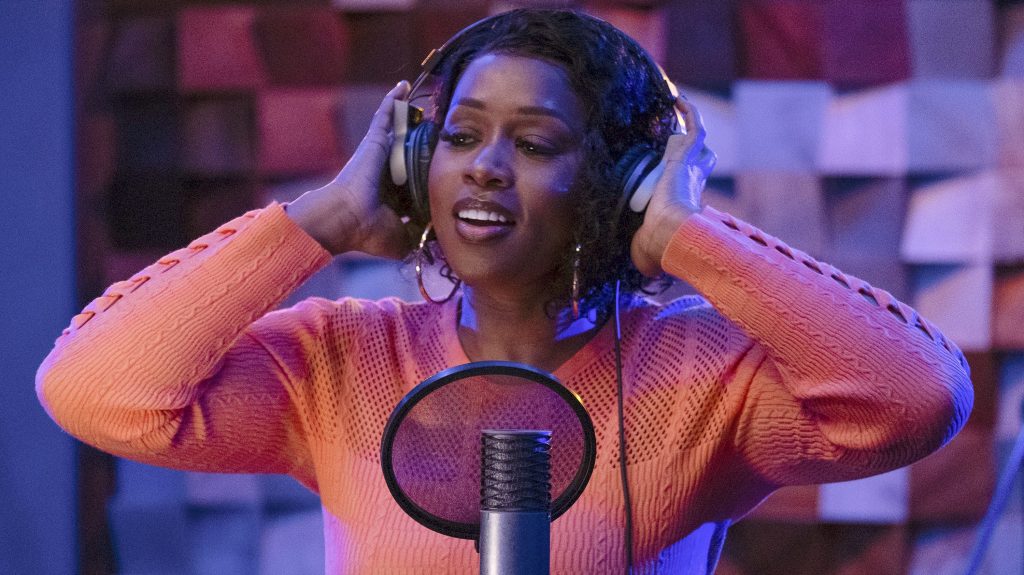 Last November while guest co-hosting on The Wendy Williams Show, Remy Ma revealed that she joined the cast of ABC’s Queens. Following a three-week hiatus, the rapper finally appeared in the highly-anticipated return episode, “Bars,” which aired on Tuesday (Jan. 4) night.

The Bronx femcee plays Zadie a.k.a. Lady Z— “one of the coldest female emcees in Hip-Hop history” and a rival to Brandy’s character, Naomi/Xplicit Lyrics, who now works at the local grocery store after an assault involving her producer knocked her once-thriving career off its pedestal and resulted in her being blackballed. Episode 9 of the hit drama series begins with the audience being unaware of Brianna’s (Eve) fate.

After being shot, alongside Eric (Taylor Selé), in Episode 8 entitled “God’s Plan,” viewers did not know if Brianna had survived or not. Thankfully, not only did she survive, but she is thriving in Costa Rica with her children after the untimely death of her husband.

With the ladies trying to move on as best as they can, Brianna ends up selling her house to Naomi. While running errands, she runs into Zadie who is content with the respected, normal, regular life she’s made for herself. Zadie applauds herself for moving on from the industry and becoming a hard worker in the real world. Yet, Naomi still begs her to record a song together as she’s one of the few people who can push her out of a creative rut. “Somebody as talented as you lives to make music,” pleads Naomi.

After a change of heart, Lady Z records the freestyle, “Lady Z Strikes Back.” She raps, “The music biz is ran by narcissistic misogynists / I’m the opposite / very low tolerance […] / I would tell you what you did / but I’m really not a snitch / It’s obvious who the queen and who the coward is…”

Though Zadie wants to shelf the song, she admits she misses the love and the music, but not the industry. Ultimately, the women decide to take matters into their own hands by starting their independent label, Nasty Girl Records—a female-led label that is partnering with their artists, financially and creatively.

Though Eve is living her best life both on- and off-screen—the 43-year-old is on maternity leave in the U.K. awaiting the arrival of her first child with husband Maximillion Cooper—Queens creator Zahir McGhee shared with Deadline, “We will continue to build the story as people will see in episode 9 and she will remain present in the minds of our characters. Since the beginning, she’s been Queens’ third partner and she’s in this for as long as she wants to be in it.”

Even if her character was killed off, the rapper could still appear in different episodes due to the series’ multiple timelines. McGhee explained, “There is a chance that you could see Eve before the end of the season. What I can say for sure is that you will feel her presence, and we have something special in store for the audience in the finale.”

While McGhee did not confirm or deny if Remy’s character will replace Eve’s, he did share that “Lady Z isn’t the last one,” adding, “This is going to be a thing and it’s not always going to be in the hip hop genre.” We’re not quite sure exactly what “this” refers to, but there’s certainly room for anything to happen.

Listen to “Lady Z Strikes Back” from Brandy and Remy Ma above.

Queens airs on Tuesdays at 10 p.m. ET on ABC and streams on Hulu on Wednesdays.